In the News – Homeless count returns amid Penticton’s housing crisis

A homeless advocacy group’s second-annual homeless count is officially underway, as Penticton struggles to manage a housing crisis that some believe has pushed more and more people onto the streets.

Last year’s 100 Homes Penticton housing registry week found 130 people in the city either living on the streets, in shelters or in unstable housing situations, such as at a motel or couchsurfing.

But stories have recently emerged, including in Western News reports, of more and more people finding difficulties getting a regular roof over their heads, with a scarcity of rental units in the city.

“I’ve heard that there are some different numbers out there (this year), but our hope is just that we get an accurate picture of what homelessness and what the instability is looking like in Penticton right now.”

Read the entire story on KelownaCapNews.com 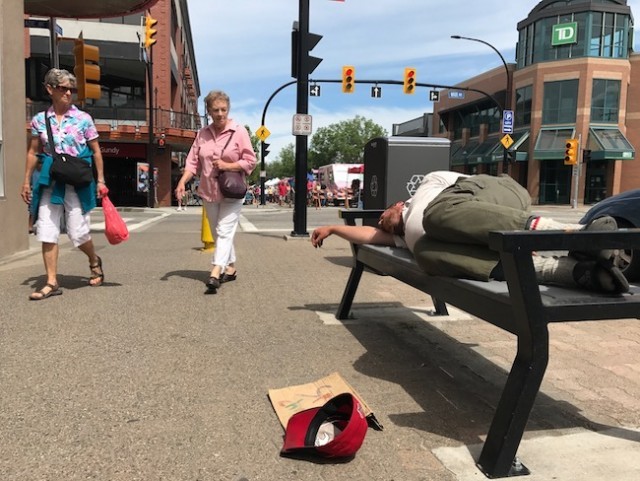 Volunteers with 100 Homes Penticton and other social agencies were pounding the pavement this week for the city’s annual homeless count.

Last year, the city’s first housing registry found 130 people without stable housing, and organizers are eager to see if recent strides in local supportive housing have had an impact.

“We are trying to cover as much of the Penticton core as we can,” said registry organizer Reanne Holden-Amadio of the United Way Central and South Okanagan.

“We really want to get a good sense of the numbers in Penticton,” she said, to help social groups and the greater community get a handle on the local problem.

She admitted they likely won’t reach absolutely everyone without a home — like those couchsurfing or staying with friends — but says volunteers have worked since Tuesday to gather as many stories as possible.

“It’s a nice way to get out and connect with the community and really show that the community cares about people that are experiencing homelessness,” Holden-Amadio said.

The count wraps up Friday, with results to be released at a later date.

Work is currently underway to convert the former Motel Super 8 on Main St. into a 42-unit transitional housing complex. A new, larger, cold weather shelter opened at the start of this month at the same location.

Read the story on Castanet.net